Girl Geek Academy is at PauseFest 2018 – Australasia’s premier creative, tech and business event. We’ll be sharing our insights & takeaways here, but you can also follow along on Twitter!

When Guy Kawasaki became the Chief Evangelist for Canva we were thrilled that this industry heavyweight was supporting one of Australia’s most successful startups (founded by the amazing Melanie Perkins – if you haven’t read her kickarse Medium article answering questions from Aussie startups, bookmark it here!).

And when you’ve been around as long as he has (he joined Apple in 1983… yeah, that’s a while), you’ve pretty much seen & heard everything. So when he shared the top 10 mistakes he sees over & over again, we took notes.

Here are the main points from his PauseFest 2018 session…

Mistake #1 – Focus on the pitch

But that’s what you should do… right? Your pitch is important, but what really counts is your prototype. Focus your time to get it working as bet as you can so you have something your investors can see, touch and/or interact with and you’ll make a stronger impact.

“The ultimate pitch is your prototype.”

‘All we need is 1% of China to be successful’… ever thought something like that? It’s not the mindset you want. It’s still pretty hard to get 1% of China! But from an investor’s perspective, they also don’t want to invest in a company that only wants 1% of anything.  Instead you should calculate from the bottom up – start with 1% of your target unique website visitors and grow from there.

Don’t fall into the trap of investing in tech, support team members, servers & fancy offices before you’ve got the customers that need it. Stick to the ‘eat what you kill’ philosophy – a bit gruesome, but it’s about only taking on board what you need at the time.

“Eat what you kill.”

We’re not saying partnerships are bad, but in the early stages of a startup some founders focus on the ‘right’ partnerships as it’s an easier and less stressful metric than what really counts – sales and revenue. Come back to your numbers.

Oh lordy, we’ve all heard about a new startup wanting to ‘dominate’ their space/industry. And often they think investors want to hear that magic phrase… but do you think Bill Gates set out to ‘dominate’ computing? Instead focus on niches – and think of these niches like a bowling alley. Knock over one pin at a time, and aim for a ‘strike’ (or domination) as a long term goal.

Knock over one pin at a time rather than going for a strike.

Mistake #6 – Use too many slides in pitches

Assume your investors are looking at multiple pitches… if you’ve got too many slides and too many points your pitch won’t be memorable.  Kawasaki has a fantastic 10-20-30 rule – 10 slides in 20 minutes with 30 points maximum.  This keeps your pitch tight, interesting and enough info to pique their interest.

We want to do one thing after another in a nice neat line. But life’s not like that, and neither is business! Get used to proceeding ‘parallelly’ – multiple things moving forward at the same time.

Founders hold tight to 51% ownership of their startup assuming this means they will always have the deciding vote and can do things their way. But in his words ‘this is delusional!” – the reality is that as soon as you bring on investors you have a feduciary responsibility to them regardless of their share.  And as for control, Kawasaki has never seen a board meeting come down to a 49/51 vote! thinking that think that they should retain 51% of the company & always do things their way

Instead of fighting over 51% control – make a bigger pie.

Don’t waste money filing patents and trademarks early in your business when you have limited cashflow – you think they make your startup defensible against copycats, but in reality after spending big dollars in legal fees will you have the resources to defend your patent? Instead focus on succeeding, as success breeds defensibility.  You would rather be Facebook with no patents than a small company with 0 market share and all your money spent in legal fees.

A lot of startup founders hire staff that reflect themselves – if they are young & white, they hire young & white. Kawasaki says this leads to weakness… and you know we agree with him here! The solution is to hire for complement and diversity – in race, gender, experience, sexual orientation, education… a more diverse team will make your startup stronger.

Lack of diversity leads to weakness.

You don’t need to hang out with your investors on weekends or invite them to your birthday party. It should be a more business-oriented relationship.  The reality is you are a means to an end for an investor, as they are to you. If you want to make them happy, don’t focus on friendship – focus on exceeding their expectations.

Thanks to Guy Kawasaki for a great session – and thanks to PauseFest for having us!  We’ll be back with more panel insights over the 3 days of the festival. 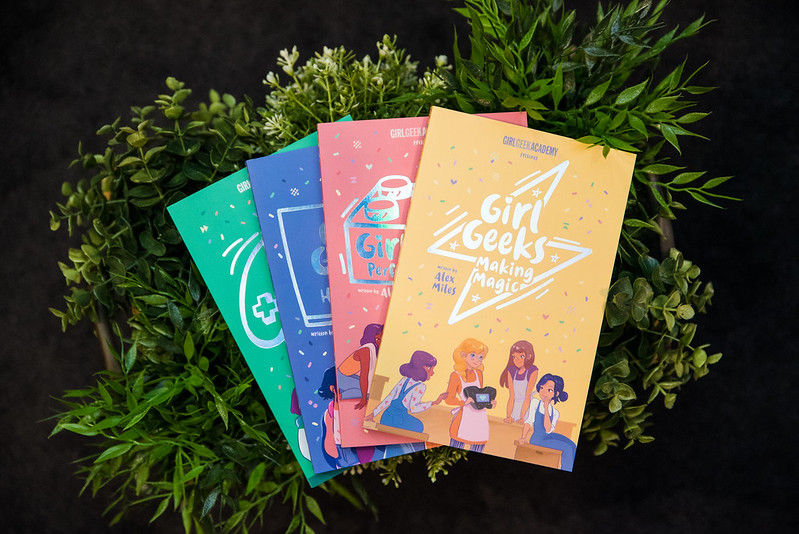